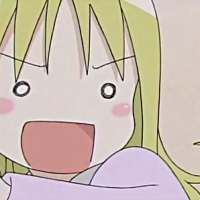 Mashimaro7 ✭
June 29 in Photon Unity Networking (PUN)
I'm not sure what's going on, I have a photon transform view on both my model and the "holder" of the model. It was working just fine, until I swapped out models? Idk I've been working on this for 10s of hours so I might've changed something in code, but it WAS working fine before.

I have an animation that sits down in a chair. So, the weird thing is the position is off, but only on the player who sits' screen, and not the other player's screen. Here's a screenshot,

It was working on both before. I don't understand it, but either way this would indicate that the Transform View is not syncing as it should, as the position is displaying differently on both screens. The model is at 0,0,0. And this is the exact same animation I was using before, so it's not some issue with the animation(I also have animator views on the armatures, set to continuous on all parameters)

Apologies for my super messy code. Since it's not super obvious, p is the player holder, player is the model, and this script is attached to the camera, so any "transform.position"s are moving the camera. Also probably not super important, but this is a VR game for mobile, and I have tested it with editor and mobile, one or the other sitting, the result is always the same, the one doing the sitting clips through the chair, but the one not sitting sees them sitting perfectly fine.