I used two layers to play the animation, the second layer was used to hold the lower body, and the upper body played the raised hands. During the synchronization process, I found that the Host moves every time, the Host behaves correctly, and the animation of the second layer of the Client fails to play successfully (as shown in the figure below, I check the currently playing Animation in the Animator panel is correct, but it does not actually show ). Instead, the client moves, both Host and Client behave correctly 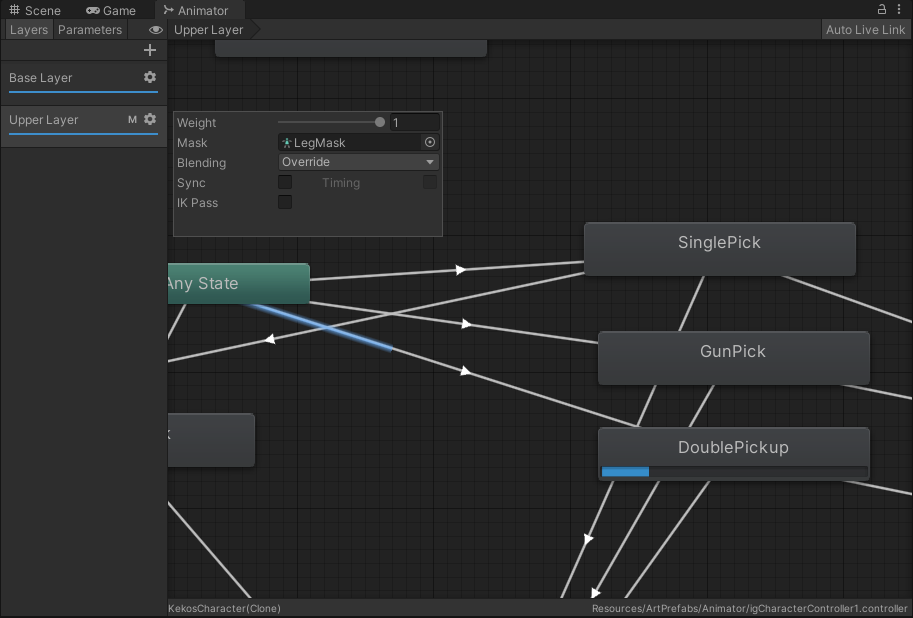