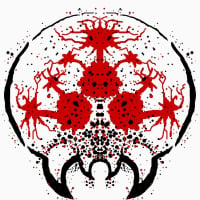 jarileon ✭
January 2019 in Photon Unity Networking (PUN)
I have a simple online game created with Unity. Now, I wanted to test joining the same game room from a build from totally different Unity project (but the Photon app ID is the same in both projects) - and to my surprise, it worked - even though I have PhotonNetwork.GameVersion set to different values in each project.

The docs for PUN2 says: "In the Photon Cloud, the GameVersion string is used as simple way to isolate builds (and players) from one another, without changing the AppId. Change the GameVersion when when making breaking changes to the network logic to keep players of different versions apart."

What am I missing? I would have supposed that it is not possible to join if the GameVersion does not match.

I set the GameVersion just before I call ConnectUsingSettings(). I am using pre-named non-visible room which I join with PhotonNetwork.JoinRoom("SecretRoom");