Video of a match in Beta(trailer in the steam link above ): 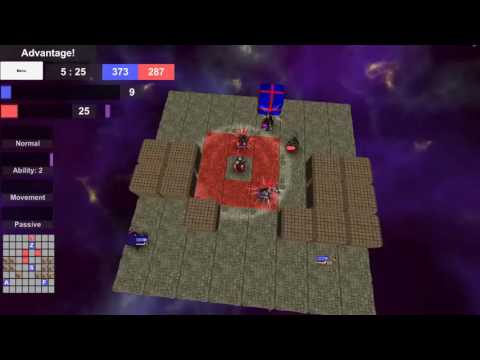 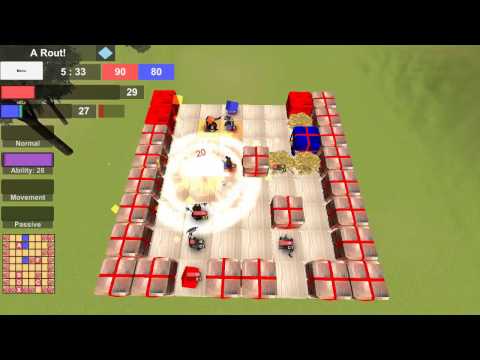 No subscriptions.
All units are available to anyone.
Ranked matches , Online mode and etc already built.
3 different Game modes.
AI vs on the way. Tutorials 1/3 way finished.
Polls for new units and map for frequent Updates.

And most importantly - The game , though grid-based , is REAL-TIME!

You can turn , walk , push , and attack multiple Units/Classes at any given time!

It's currently on Steam GreenLight now - support would be very much appreciated!

I would also love feedback from you guys. What classes would you like to see?

A List of the Units playable so far :
Knight - High Attack that lowers when HP is below 50 percent. Has a Shield Move that block Status ailments if timed right.
Geomancer - Can Spawn Cubes to block players. Earth-Quake Knock away all nearby Units. Can spawn a wave of sand that pushes units.
WereWolf - Think Berserker. When struck. He auto howls and heals for each Unit Nearby. Can Sense Invisible Units. Weak to fire.
Mage - Can set an Ice Trap that falls on Units and procs Confusion. Has a Fireball and Thunder move that hits airborne Units.
Priest - Auto Heals weakened allies. Can heal from afar. Able to Exorcise 'Evil' Units like Werewolf , Assassin , Nother etc.
Dragon - Stays in flight all game. Flies over obstacles. Able to destroy Obstacles in a single attack.
Assassin - Invisibility and the ability to throw a dagger 4 tile that procs Poision. At low health he can explode for High Burn damage...'member?
Nother - A ghostly Unit that can go thru walls , teleport and set poison traps.
Archer - Can set a cross shape pattern of grass for invisibility. Long rang attacks that include an ability to go over obstacles.
Ronin - Can commit seppuku to deal massive damage 2 tiles BEHIND him. If damaged , this Unit spreads the total evenly to adjacent allies.
Monk - Auto regens over time and has diagonal movement . High stat resistance. High Damage to Blocks. Invisible if in Grass.
ForestSpirit - Spawns 3x3 grass tiles. On Death , this unit explodes for high Burn Damage that leaves lava. After time the lava becomes Grass.

Crystal - A Unit That must be Selected in Crystal Mode. If destroyed you lose. Invisible in Grass. Auto regens. Diagonal and Double movement.
1
Sign In or Register to comment.