Hello, I'm making a 1v1 2d fighting game and I cant quite get the meele hitbox right.

both player connect, spawn the player prefab and have synchronized movement and animation. However the meele hitboxes do not work.

1)In the player prefab, make a child gameobject called MeeleHitbox with collider2D

(isTrigger true) and give it a tag called Meele Hitbox.

2)Give the player prefab onTriggerEnter2D and look for collider with the tag.

3)Active and Inactive based on user input.

1) Players ignore each other Hitboxes.

it has something to do with it being a child object/photon instantiated because I tried adding the same gameObject to the scene and the Trigger was called.

2)I can't get them to synchronize.

For testing, I tried the following code to make them Inactive: 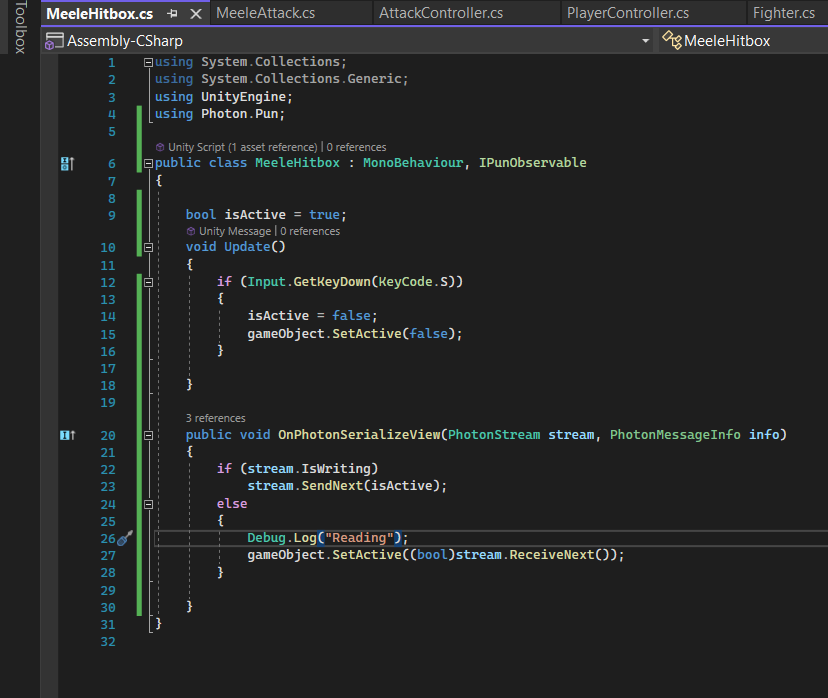 Hitboxes got inactive only in one screen:(they are the white squares)

The hitboxes have both photon view and photon transform view classic.