I'm trying to integrate Voice2 to a multiplayer scene and I'm facing some issues:

This is how I have it set up currently:

I have a scene with a PlayerPrefab GameObject in it called XR Rig. That GameObject has a Photon View and a PhotonVoiceView. A Child GameObject is also included called Speaker which has the Audio Source and the Speaker components in it. 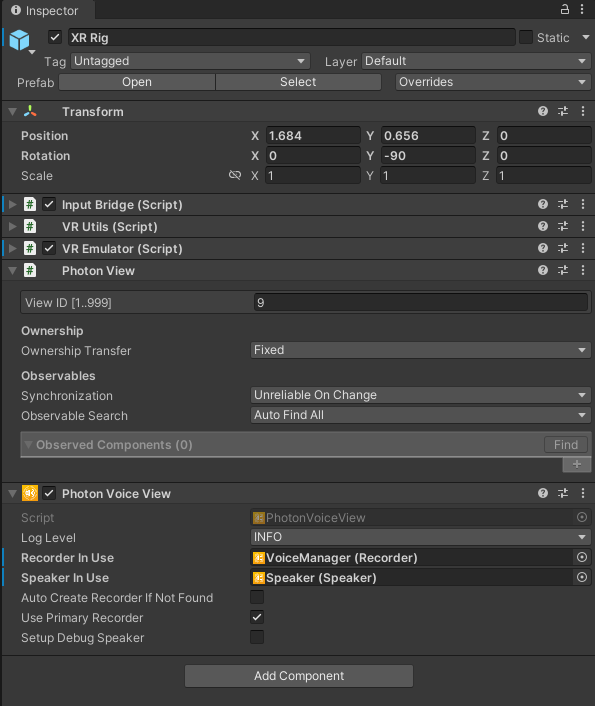 The scene also has a VoiceManager GameObject which has a Photon Voice Network, a Recorder, and an Audio Changes Handler Component in it.

This is the script I use for instantiating the Remote Representation of the Player called RemotePlayer. That Prefab has no Voice Components in it. Just a Photon View.

Any help would be appreciated!