I'm building off of Photon Tutorial 102 by replacing the player character with a first-person capsule character, but for some reason the player character, including the camera, is rotating 90 degrees to face directly into the ground. When I try to rotate the camera (which rotates the object), it jerks back to face into the ground. Does anyone have any broad idea what could be causing this? Additionally, there's some sort of mesh (see the scene view) which isn't in alignment with the capsule itself-- what is this? Thanks. 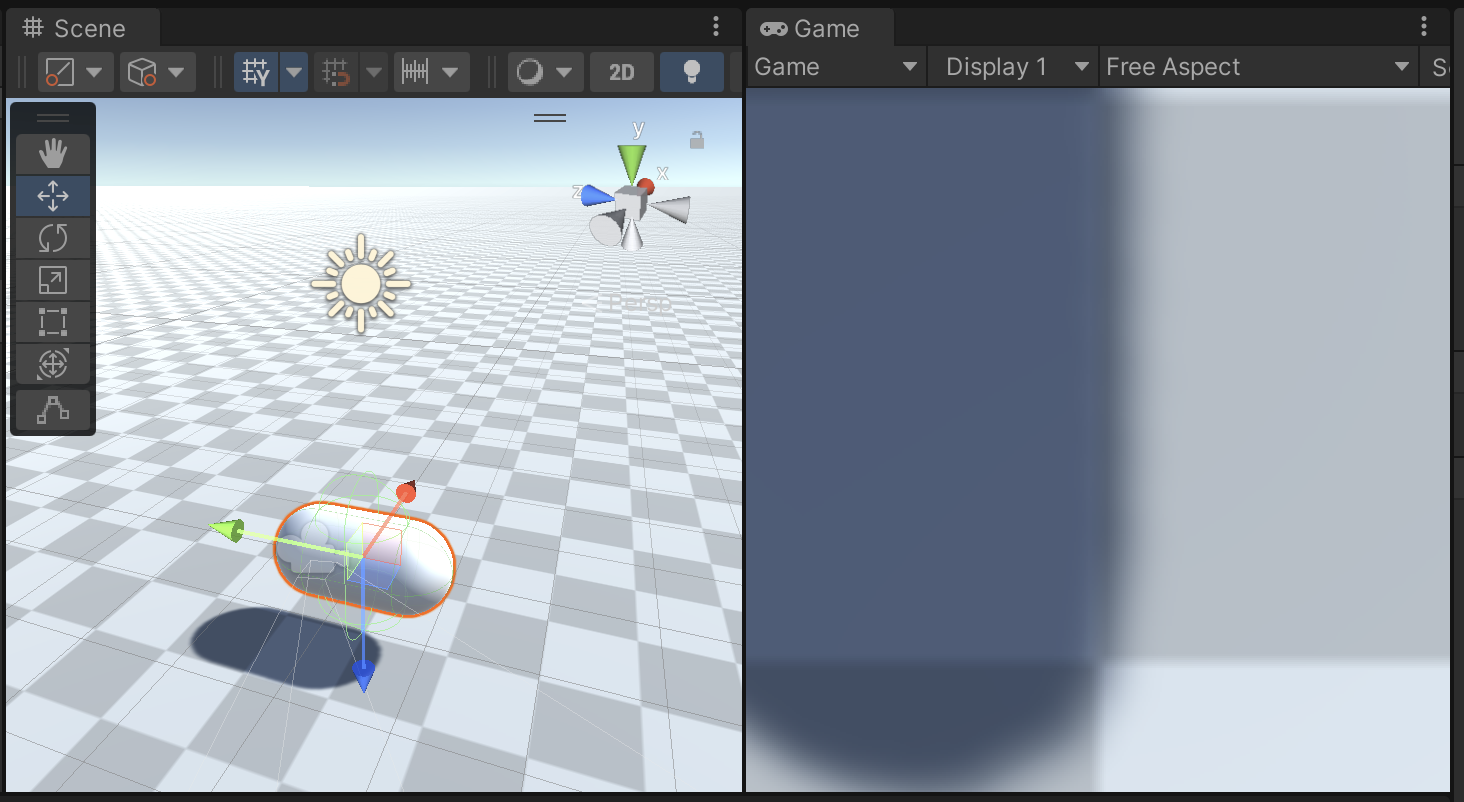