Can Photon services help me with my needs and if they are, which of them to use? 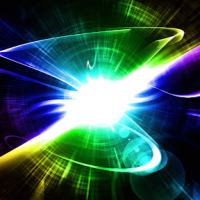 Hi, I building a somewhat-competitive TPS with UE4, and I want to set up dedicated servers for my game. I already have my dedicated server, client and DB working over LAN, and now looking for the way to automate servers deployment.

Brief description of my game's structure (sry for English quality):

Player starts a client (1) -> Client connects to a server -> Player logs into their profile and goes to thier personal lobby (player's base, where they can manage loadouts, craft stuff, etc.) -> Now player can either start a battle or join already started (battle gameplay is a pve-coop, so players can join and leave at will); in first case, the server instance that was used for player's base will host a battle, in second - player's client will connect to other server (2) -> While in a battle, player can disconnect at their will (3), or be disconnected with others as battle ends (4), in both cases they will be back to their bases.

I'm curious, if Photon services can help me with:

(2) - destroying server instance that was holding joining player's base

(3) - requsting new launch to hold base for leaving player

Thanks for your answer!