Is this system possible with PUN and how would I even get started? 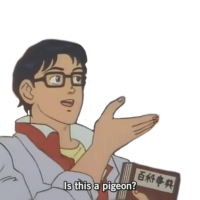 Bugs ✭
March 21 in Photon Unity Networking (PUN)
Hey there, So I'm looking to make my first Multiplayer game because idk it seems like fun and I could learn a lot..

But I'm really struggling to understand whether or not I could do what I want with PUN,

Sorry if my explanation is confusing or lacks information, I am literally just starting out and only have a basic game with Manually creating rooms and joining from a list, and then basic movement damage and particles setup..

If you have any more questions feel free to ask, I am sort of looking for a guideline of how I would actually go about doing all of this, as from my understanding there is just a Lobby that everyone joins but they are separate and per user and then you can go into a game, however as I said I want players to be able to enter a party lobby type system then be brought to a selection screen then into the game, that way if anyone is kicked for some reason it would not start the game its self and thus not actually affect any stats or playtime information, I'm not sure if I'm being dumb and just overlooking something very obvious or not..

Also if you have any advice on formatting my posts that would be great because I feel like I'm just making a big block of confusing garbage..
0
Sign In or Register to comment.