Keely ✭
March 2020 edited March 2020 in Photon Unity Networking (PUN)
I've created a Photon PUN 2 application.
It's successfully connecting to the server, connecting to the lobby and creating a room.
But when I try to open two instances of the application and create a room, the OnRoomListUpdate method isn't being called on the other instance and when I try to join it calls OnJoinRoomFailed with an error saying that the room doesn't exist. 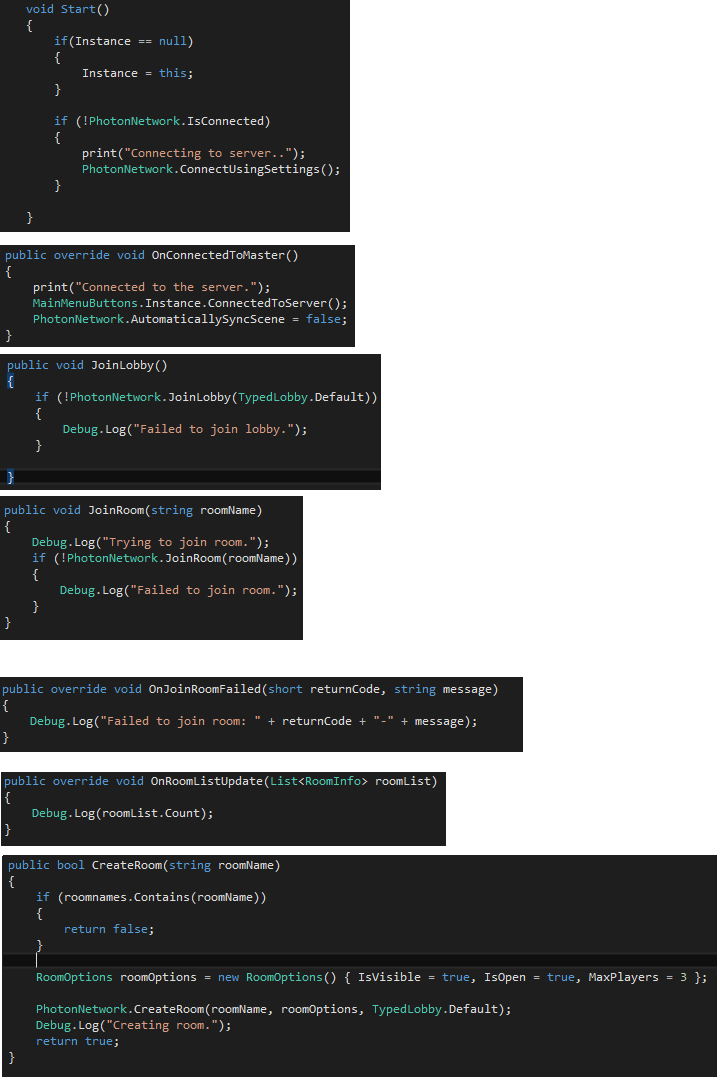 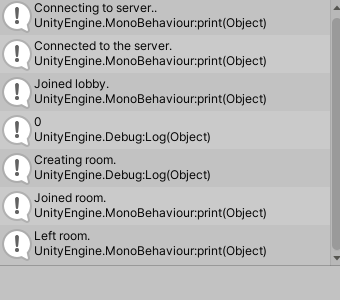 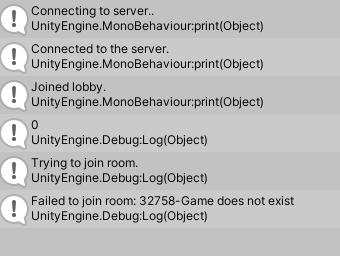 The "0" is the number of rooms that it's finding.
Am using just the word "test" for creating and joining the room, so I'm pretty sure that it's not that the names aren't matching up as far as I can tell. Probably missing something silly but I'm at my wit's end for trying to figure this out on my own.
0