Odd issue - players instantiated dont see each other right away, until ... 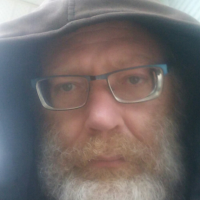 Will_C ✭
May 2019 edited May 2019 in Photon Unity Networking (PUN)
heya guys. I can't figure this one out yet, Hoping someone here has an idea what is up.

So, everythings working great, get on server, get in room , player makes the game, and starts er up. But the strange part is, that whenever anyone joins, there is about a 50-50% chance, that the "joining" player does not see the "master clients" player avatar (or any player that joined previously to them)... UNTIL... they have moved away from each other far enough , or off camera far enough , or something, not sure here, but whoila, all of a sudden they can see each other.

I've checked running two copies both in editor at same time, and both players (three and four players etc...) are ALWAYS in the game properly as they should be. player Avatars and Player Network Objects are all there as they should be... clear as day in the editor.... but in the "actual" game window / camera, whether in editor or built player, the player is invisible. Until as i said, they seem to *trigger* something that updates everything fine from there.

The players that can't be seen by later joining players, in the editor, are falling 1000's of units below the world, even though on their own client, they arent falling at all , and everything is fine... yet eventually , something updates and everyone can be see everyone. The thing is , why are they falling through the world on loading in. I have even raised the spawns 5 units above the ground... and set the player avatar prefabs +2 units on their own y transform, just to ensure everything is well above the ground... yet it doesn't help.

it really is the weirdest thing ever. Again, all players an objects are there , clear as day. Animations are syncing, fireballs, etc, its all working great, except this quirky startup issue (sync...?)

Anyways, i hope someone has some idea what causes this , or a simple work around to fix it , force a proper update sync, or something.

I was thinking that maybe it is somehow related to, and a side effect of they way the game is created. The game world is randomly generated each session, by the master client. No one, including the master client knows what the world will look like, until the master clients creates the world and the other clients receive the correct info and finalize their own initializations into the world.

SO.... the Master Client technically, has entered a world that no other client is even aware of until a few split seconds after the master client has completed creating and entering the world. the others get flagged that the world is ready, and they can proceed to join. But maybe in the split seconds that he has spawned into a world they don't know about , somehow, he has *fallen* into the void that they haven't built yet? if that makes any sense... i'm throwing darts at this point. just perplexed.